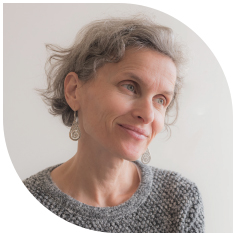 Lorraine had been living in rooming houses for years. Until recently she had been in the same rooming house for 10 years but after her partner died, this was no longer appropriate for her. Lorraine was lucky and found a ‘women-only’ house where she developed strong connections with other residents.

Lorraine has four children, but has had no contact with them for many years. She acknowledges that she was the cause of much of the conflict with her children and understands why they still do not want to see her. As a result, Lorraine lives a very isolated life, and greatly valued the friendships she had formed in the house.

Our Rooming House Outreach Worker and our Social Worker (RHOP team) had been visiting Lorraine for some time, linking her in with community support and providing material aid. During one of their visits, Lorraine explained that she had been assaulted on the weekend by a new resident. Apparently, while under the influence of drugs or alcohol, the new resident had barged into her bedroom and attempted to strangle her. The police were notified, and an intervention order was taken out to protect Lorraine. The property manager was also notified in the hope that they would take note of the intervention order and implement measures to assist with Lorraine’s protection.

Suitable rooming house accommodation is very difficult to find, with many houses being in poor condition and not well maintained. As our social worker put it: ‘’Residents are referred to rooming houses in a random fashion, often with extremely challenging combinations of individuals living under the same roof. It is not unusual to find people with serious mental health problems living with others with entrenched addiction issues or extreme aggressive or violent behaviours.”